Mike graduated from the University of Illinois at Urbana-Champaign in 1985 with a bachelor’s degree in Electrical Engineering. Mike then worked at Caterpillar, Inc. as an electrical engineer, until he joined the company’s patent department in 1986. After becoming a patent agent, Mike joined the Chicago office of the intellectual property firm of Arnold, White & Durkee in 1988. In 1989, Mike transferred to the firm’s Houston office and enrolled in the University of Houston’s Law Center. While at the Law Center, Mike co-founded the Law Center’s Intellectual Property Student Organization, served as Associate Editor of the University of Houston Law Review, and acted as an intern to the Honorable Judge Lynn Hughes of the U.S. District Court for the Southern District of Texas. Mike graduated cum laude from the Law Center in 1992, and continued at Arnold White and Durkee as an attorney. In 1996, he founded Fletcher Yoder.

As a result of concentrating on intellectual property since 1986, Mike is familiar with: all phases of patent litigation from pretrial investigation through trial and appeal, including case management; all phases of patent prosecution, including reissue, reexamination, interference, appeal, and Section 144 and 145 actions; trademark and copyright procurement; preparation of validity and infringement opinions; preparation of licenses and agreements; and alternative dispute resolution. Mike’s technological familiarity includes: consumer electronic devices; software; medical devices; semiconductor fabrication; electronic controls; telecommunications; computer architecture; motor circuits; hydraulic controls; oil and gas exploration and recovery; chemical refinement processes; and a wide variety of other electrical and mechanical arts.

Mike has made numerous presentations related to intellectual property, co-authored The Patent Alternative Dispute Resolution Handbook, and written articles on intellectual property related issues. Mike is a member of the Texas bar and is admitted to practice in various federal courts including the U.S. District Court for the Southern District of Texas and the U.S. Court of Appeals for the Federal Circuit. Mike is also registered to practice before the U.S. Patent and Trademark Office. 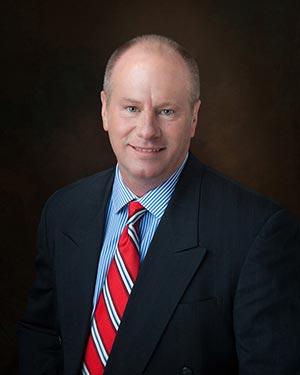