Javeria graduated from Southern Methodist University in 2011 with a Bachelor of Science in Electrical Engineering and a specialization in Biomedical, and in 2014 with a Master of Science in Electrical Engineering. She worked as an Electrical Engineer at L-3 Communications MID (Mission Integration Division) during both her bachelor and master studies. During her time at L-3 Communications, she worked in the Product Development Hardware group, focusing on supporting tests and evaluation of commercial equipment ruggedized for airborne environments. Her evaluation task consisted of both the setup and conduction of functional test procedures required to exercise each unit during environmental testing phases such as temperature, vibration, and electromagnetic interference. She also worked extensively on COTS units to configure, test, and debug.

In 2014, Javeria began law school at the University of Oklahoma to pursue her interest in patent law. While attending the University of Oklahoma, Javeria served as an active member in the OU Law IP Society as well as both a case editor and a symposium editor on the Oil and Gas, Natural Resources, and Energy Journal. She also served as a judicial intern for the Honorable Eric V. Moyé of the Fourteenth Civil District Court of Texas. Javeria attended Oxford University in the United Kingdom during one of her summer semesters in law school. 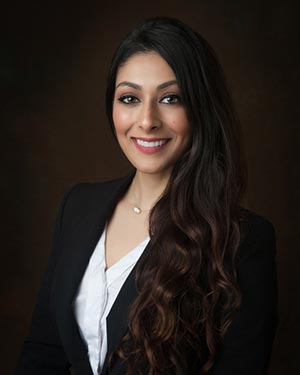