Happy PRIDE month! As part of our celebration of LGBTQ+ Pride Month, we’re spotlighting LGBTQ+ inventors who made significant impacts in their respective career fields.

Lynn Conway is an electrical engineer, computer scientist, and transgender activist. She helped define the modern computing industry by inventing generalized dynamic instruction handling, a key advance used in out-of-order execution, which is used by most modern computer processors to improve performance.

Lynn Ann Conway was born male on January 2, 1938, in Mount Vernon, New York. Growing up, Lynn was fascinated by science and technology, building a 150 mm reflector telescope to further her studies in astronomy. Lynn attended MIT and subsequently Columbia University, graduating with a B.S. degree in electrical engineering and M.S.E.E. degree. In 1964, IBM Research hired Lynn to join the architecture team designing advanced supercomputing systems, then part of the Advanced Computing Systems (ACS) project. She aided in inventing multiple-issue out-of-order dynamic instruction scheduling for ACS. Modern microprocessors use techniques pioneered via ACS’ out-of-order scheduling, for example, to use instruction cycles that may have otherwise been wasted.

Lynn began her gender transition while still working for IBM in 1968, but when she announced her intentions to transition, IBM fired her. To continue working, Lynn took a new name and a new identity. She has since stated that she restarted her career in what she calls “stealth-mode,” working various jobs as a female contract programmer and not revealing her previous identity. In 1978, Introduction to VLSI Systems was published, which Lynn co-authored with Carver Mead. By 1983, Introduction to VLSI Systems was used in nearly 120 universities to teach VLSI design. Her VLSI techniques have greatly simplified chip design and resulted in new infrastructure for rapid prototyping as well as short-run fabrication for large numbers of chips.

Her technical contributions have been recognized through various awards, including a Fellow of the IEEE given in 1985; a position in the Electronic Design Hall of Fame given in 2002; and a recognition by the National Academy of Engineering given in 1989.

Since revealing her transgender history in 1999, Lynn has had a history of aiding the LGBTQ+ movement through her work to protect and expand the rights of transgender people. In 2009, Lynn was named one of the “Stonewall 40 trans heroes” on the 40th anniversary of the Stonewall riots. Leading by example, Lynn Conway has shown courage and determination in the face of personal adversity. 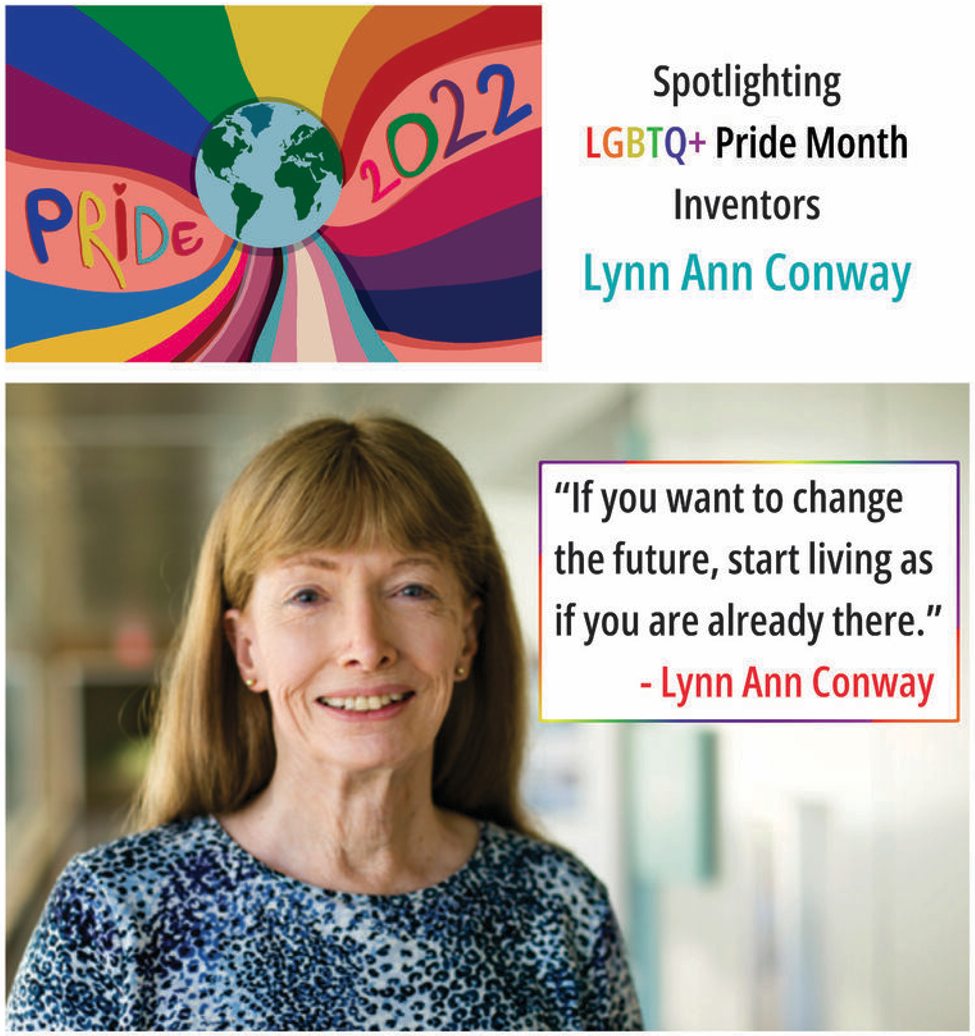