Continuing our series of spotlighting Black inventors as part of Black History Month, Lonnie Johnson is president and founder of Johnson Research and Development Co., Inc., a technology development company, along with a number of other spin off companies. In addition to numerous technical contributions to Oak Ridge National Laboratory, the U.S. Air Force, NASA’s Jet Propulsion Laboratory, and other organizations, Lonnie invented the Super Soaker® water gun, which generated over $200 million in retail sales and became the number one selling toy in America.

Lonnie George Johnson was born on October 6, 1949, in Mobile, Alabama. Johnson attended Williamson High School when segregated schools were still legal. In high school, Johnson’s scientific prowess shone – his nickname was “The Professor” – and he earned a scholarship to Tuskegee University.

Johnson holds a B.S. degree in Mechanical Engineering, an M.S. degree in Nuclear Engineering, and an honorary Ph.D. in Science from Tuskegee University. Upon graduation, he worked as a research engineer at Oak Ridge National Laboratory, and then joined the U. S. Air Force, serving as Acting Chief of the Space Nuclear Power Safety Section at the Air Force Weapons Laboratory. In 1979, he left the Air Force to accept a position as Senior Systems Engineer at NASA’s Jet Propulsion Laboratory, where he worked on the Galileo mission to Jupiter. In 1987, Johnson worked on the Mars Observer project and received multiple achievement awards from NASA for his work in spacecraft system design.

In 1989, Johnson formed his own engineering firm and licensed his most famous invention, the Super Soaker® water gun, to Larami Corporation. Over the years, Super Soaker® sales have totaled close to one billion dollars. Currently, Lonnie Johnson holds over 100 patents, with over 20 more pending, and is the author of several publications on spacecraft power systems. 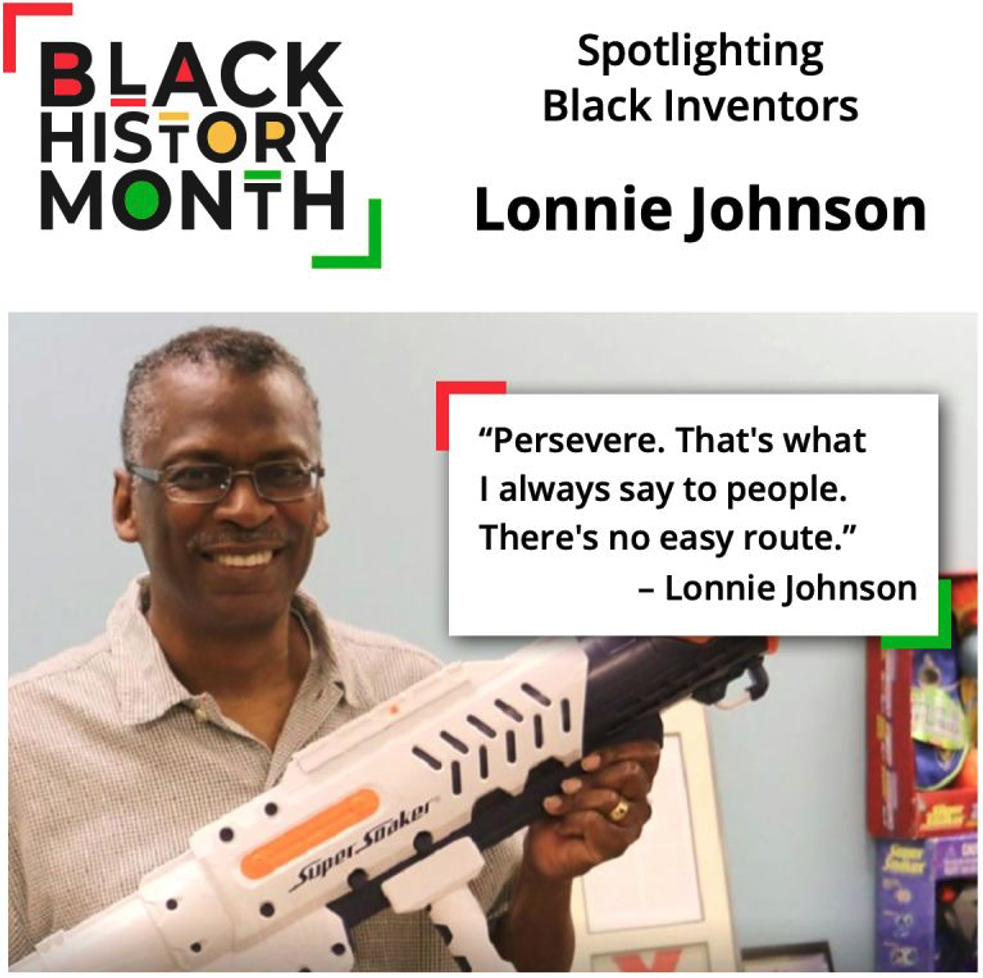